And The Verdict Is… 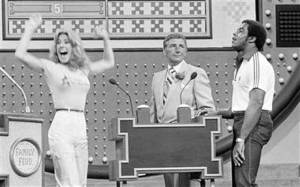 Over the past sixty or so hours since the Zimmerman verdict there have been volumes of observations, discussions, debates, pissing contests and virtual barroom brawls as folks come to terms with both the verdict and their own perceptions of it.

Those that know me know I engage in many of these debates, not because I love to wallow in the mud but because I have found that debating with those of opposing or differing opinion helps me learn…I learn to clarify my thoughts and opinions and I learn to be a better person. And becoming a better person should be our main goal in life. Most else falls from that.

The Zimmerman case has become somewhat of a Rorschach test…our own opinions and views helping to define the inkblot.  Sometimes the inkblot is easy to interpret and sometimes it is a reflection of our deep subconscious  and either way we see what our perceptions tell us.

What I have learned is that seldom does a jury like this one have a simple set of evidence that matches a simply defined crime. More likely they have a janitor’s key ring full of evidence that needs to match a series of generic, worn locks and just as likely the pins and tumblers don’t quite match up…and that has to do with perception.

What we end up with is an interpretation of the body of evidence, interpretation of the law, the subjective nuances of the oratory of the opposing attorneys and value judgments of those who have witnessed the crime or interpreted the evidence – all viewed through a lifetime of experience. Pretty simple, huh?

To the element of “interpreting the law” we can learn much. The “confrontation” is where the crime begins. As pointed out by a good lawyer type guy… the confrontation begins when the first punch was thrown.  In the Zimmerman case, we don’t know who threw the first punch, we only know who pulled the last trigger. As far as I can read in the transcripts we only know that, at some point Martin may have confronted Zimmerman and started the last minutes of his life.

If my interpretation [there is that damned word again] is like that of many folks, I tend to look at the totality of the incident, not a parsed single event in the middle of a running confrontation. We are offended because we see the “incident” beginning when Zimmerman made a subjective interpretation of the everyday milieux of life that was happening in front of him. His initial interpretation of an unfolding scene tipped the first domino.

Intertwined in this case were another couple of significant issues. On one side it became a litmus test for the right to protect ones’ self and “stand your ground” and on the other side it became yet another example of racial inequality in the justice system.

People are asking very hard questions of our society…would the Sanford Police have treated Zimmerman differently had he been black? Would the media have treated the case differently had it been “just another black on black crime”? Would a black man have gotten the same $1,000,000 defense? Would a jury of six black women and black judge have rendered the same verdict? Would the media have taken sides on the issues of race and stand your ground if the races have been different? Do we have a right to protect ourselves, no matter the surrounding circumstances?

If any good has come from this case, it will hopefully be that ALL people will look hard at these questions and do something besides rationalize preconceived notions about them.

If George Zimmerman had stayed in his truck and called 911 as the guidelines for the Neighborhood Watch program suggest, Trayvon Martin would be alive today.

If George Zimmerman had gone back to his truck and waited for the police as he was instructed by the 911 dispatcher, Trayvon Martin would be alive today.

If the roles were reversed, and every element of evidence was the same but George Zimmerman was black and Trayvon Martin was white, Asian, or Latino, the legal system, from the time the cops arrived; from the time the public defender presented his defense; until the time the verdict was rendered, he would have been treated differently by our legal system.

The prosecution overreached in asking for 2nd Degree Murder and that a verdict of not guilty was correct.  As correctly pointed out, we don’t know who started the confrontation, we don’t know the details that led from following to pulling the trigger, we only have evidence that a confrontation did in fact take place. And to that, there was an obligation to give the benefit of the doubt. George Zimmerman was on trial, not the system, not stand your ground, not racial inequalities.

Yesterday I posted up a photograph of Atticus Finch and Tom Robinson [Gregory Peck and Brock Peters] . The intent was to observe that, 53 years after Harper Lee wrote To Kill a Mockingbird about race and prejudice it sadly still exists.

It may have been interpreted differently.

We like to think of the law and justice as clean, unbiased, and honest. And sometimes it is. But, like life itself it is more likely somewhere in the 254 shades of gray in between black and white. 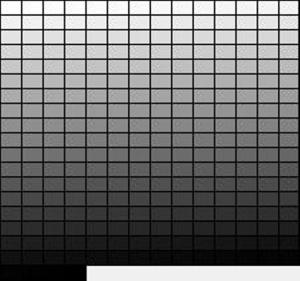 And yet again we go to interpretation…And more often than not we wear tinted glasses. 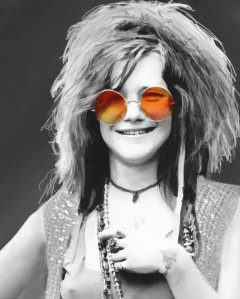