Three shootings in the past year that involve high profile gun enthusiasts. Today, former Navy Seal and author of “American Sniper” Chris Kyle and another man were killed at a gun range at the Rough Creek Resort and Lodge in Glen Rose, TX. Since this occurred in the late afternoon on Saturday, all the details are not in.

January 3rd of this year in Georgia, Kentucky resident Keith Ratliff was shot and killed in his home/office, surrounded by his always available weapons. Since no weapons were stolen, it is believed that it was a personal matter gone wrong. Ratliff was a firearms manufacturer, seller, and the manager of FPSRussia, one of the most viewed sites on YouTube. This murder was covered extensively by Addicting Info.

On May 2nd, 2012, in Kingman, AZ Richard Venola, the editor of Guns & Ammo magazine shot and killed a guest in his house with a high powered rifle after a dispute. 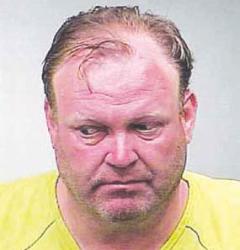 He is most quoted from this assessment of the Russian AK-47 assault rifle. “When it hits the fan I want a AK-47, when Western Civilization melts down, I want a AK-47, If I am sent to another Planet and could take only one thing with me, It will be a AK-47. Because it will never stop working”