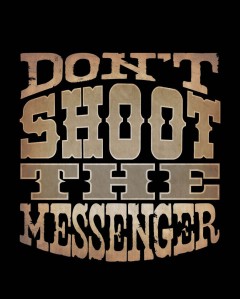 Those of us who are both long time gun owners and supporters of regulations that make this society safer from gun violence breathed an ever so slight sigh of relief when Dick Metcalf wrote an editorial in the December 2013 Guns & Ammo which said what so many of us fully understand…that there are sensible firearm regulations which do not infringe on the Second Amendment, that there are common sense solutions to the “all too many examples of unsafe behavior”.

Was it a change in philosophy as this gun magazine, the largest and one of the oldest in the industry stepped a toe away from intransigence and toward sensible solutions? Apparently not.

November 6th, just a few days after the original article was published the Editor of Gun & Ammo wrote an “apology”…an apology for stifling conversation on one of the most important discussions in the national arena,  an apology for throwing one of its own under the bus…well, not exactly. Jim Bequette, the editor apologized for pissing off his “hopping mad” readers [and his “hopping mad” advertisers]. He also doubled down on Guns & Ammo’s hard core, unfettered backing of the Second Amendment and, as seems to be the rule in the gun debate, if someone comes to the table with opinions that are not lockstep with the NRA, with the enthusiast community, and more important with the gun industry…under the bus with them. 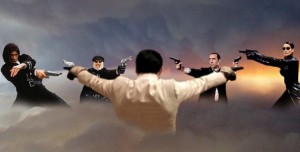 “Dick Metcalf has had a long and distinguished career as a gunwriter, but his association with “Guns & Ammo” has officially ended.” Editor, Guns & Ammo, 11.6.13

But are we back to square one, back to that point where the gun enthusiasts come to the table in lockstep, an air of absolute intransigence?  NO, we are not. Because now we know that there are folks in the gun enthusiast camp who know that the NRA’s blind support of the gun industry is wrong, who know that the best solution for gun owners is to come to the table, not throw rocks at it. That toothpaste can’t go back in the tube…it is out and now both sides of this important subject know that there is a viable third side…that of gun owners who support regulations.  And that is good.

I was asked if Dick Metcalf would continue to work in the gun magazine industry…I strongly doubt it. That group has a very sad history of banishing anyone who dares to not stay in lockstep with their fringe opinion. And that is a very sad commentary on those in the gun enthusiast community…that they so very much fear dissent, fear that at some point the realization will gel that just maybe it is their opinion that is wrong, that their intransigence and stubborn support for the gun industry was not defined with reason, with facts, but forged from fear, uncertainty and dread…along with a request for a donation to the NRA.

If it was about the Second Amendment you would not be reading this. It is not. It is about hobbyists who like to shoot, it is about gun lobbyists defending the billion dollar gun industry, it is about a generation who does not like to hear the word “no”.

Put simply, Dick Metcalf did the right thing and he is being pilloried by gun enthusiasts, by the gun lobby and by the gun industry. Guns & Ammo did the wrong thing…throwing one of their own under the bus based on his opinions. This simple litmus test will help define you as you draw your conclusions.

Three shootings in the past year that involve high profile gun enthusiasts. Today, former Navy Seal and author of “American Sniper” Chris Kyle and another man were killed at a gun range at the Rough Creek Resort and Lodge in Glen Rose, TX. Since this occurred in the late afternoon on Saturday, all the details are not in.

January 3rd of this year in Georgia, Kentucky resident Keith Ratliff was shot and killed in his home/office, surrounded by his always available weapons. Since no weapons were stolen, it is believed that it was a personal matter gone wrong. Ratliff was a firearms manufacturer, seller, and the manager of FPSRussia, one of the most viewed sites on YouTube. This murder was covered extensively by Addicting Info.

On May 2nd, 2012, in Kingman, AZ Richard Venola, the editor of Guns & Ammo magazine shot and killed a guest in his house with a high powered rifle after a dispute.

He is most quoted from this assessment of the Russian AK-47 assault rifle. “When it hits the fan I want a AK-47, when Western Civilization melts down, I want a AK-47, If I am sent to another Planet and could take only one thing with me, It will be a AK-47. Because it will never stop working”