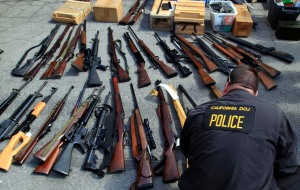 When we talk about death by gun violence, it is very easy to fall into one of two traps, either cover all gun violence deaths under the same blanket or to only look at the results of gun violence from those types that are media friendly. Gun violence comes from a myriad of sources, from kids finding daddy’s gun to spree killing to mass murder to domestic violence to gang violence. Solutions cannot be found under one blanket, where one size fits all…the solutions, and the causes of the problems are disparate, and from that we look at the different types of gun violence that results in death.

Gang violence has been a part of this country’s history since the early 1800s, from the early Irish gangs of New York, where it was estimated that 55,000 immigrants held allegiance to gangs in 1855 [out of a total population of 550,000] to the Italian gangs that began in the early 20th Century and the rise of small gangs during Prohibition. American history, both academic and popular is riddled with the famous and their Hollywood counterparts, intertwined…Capone, Gambino, Bonny and Clyde, Lucky Luciano, Godfather, Goodfellas, Sopranos.

And they have splintered further, Crips, Bloods, Latin Kings, Devil’s Disciples, Vice Lords, Triads and they cross every ethnic line, from Irish to Italian to Mexican to Russian; white, black, Latino, Asian.

And that brings us to the 21st Century, gangs represented by nearly all ethnic groups, by drug cartels, by the disenfranchised, the mean. It is reported that gang violence accounts for over 50% of ALL violent crime in this country. The FBI reports that 800 murders are committed by gangs, both “gangland” and juvenile gangs each year and that another 800 murders are committed by drug interactions.  All in all, gang murders account for about 15% of the 10,000 murders committed with guns in this country. [FBI Uniform Crime Report]

So, where do gang members get their guns? With many having some criminal record and their names flagged on NICS background check systems, how do the estimated 1.400,000 gang members in this country get armed up?

Turns out, the legal, responsible gun owner is mainly responsible for arming up the gangs of America. How? Several ways, including, but not limited to leaving guns unlocked that get stolen [about 240,000 each year] to selling them at gun shows and on the internet to those who have cash in hand and where no questions are asked.

Earlier this month WTVF, Nashville completed an investigative report of gang members in jail and how they got their weapons. Jonathan Gutierrez, serving a life sentence for murder in Tennessee when asked where he got his guns told reporters “Most of the weapons that were used were coming from the gun show.” Further he said that, at age 15, he and other gang members went to local gun shows with cash and were easily able to buy four to six guns each visit.

“Anybody will sell you a gun,” Gutierrez said. “I mean no matter what, if you want a gun and you show them the money, and tell them you want to buy it, he’s going to definitely sell it to you.”

Now, does this mean we blame the gun owners for the violence that those guns in the hands of criminals do? Not directly…but gun owners do hand a lot of weapons to gang members.

Put another way, if, every year you handed 240,000 guns to five-year olds and left them unsupervised, THEY would be responsible for pulling the trigger but it would be that person that made the gun available who would hold ultimate responsibility. The same goes for those who sell guns without background checks; who sell them to straw purchasers; who don’t lock up their weapons and have them stolen. With every right comes responsibility. And, like it or not, it is our responsibility as gun owners to make sure OUR weapons do not end up in the hands of criminals.

We have to face the facts that criminals don’t buy retail. They steal guns, they buy stolen guns, they buy perfectly legal guns from “responsible” gun owners at gun shows, they use straw purchasers to buy guns, and they buy from federally licensed dealers who know that the chance of the ATF inspecting them is near zero because of ATF budgets. They know the weaknesses in the system and they exploit them. And we as a nation pay dearly for that in loss of life, in costs for Emergency Rooms, in law enforcement costs associated with the thousands of deaths and injuries each and every year because of illegal guns.

But the saddest part of this, gun owners blow it off, ignore the responsibility that they hold refuse to tighten the filters, making it harder for criminals to get guns. Gun owners have said they don’t want to be bothered with the 10 minute background check that would be helpful and they don’t feel it is their responsibility to lock up their weapons away from criminals, away from kids. So the deaths will continue as long as “responsible” gun owners prove yet again that they really are not.