Ditch Mitch 2014 – Buckle Up, Buttercup, Kentucky Goes All Out 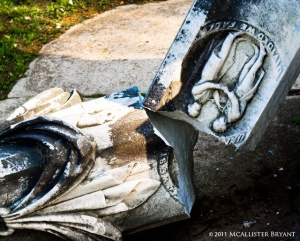 It’s the first week in February…sixteen months until the 2014 Kentucky primary election where 70 year old Mitch McConnell will face his most formidable field since he first won back in 1984 with this ad which skewered incumbent Dee Huddleston’s many absences and paid speaking fees.

From the left is coming a potential game changing candidate…proud Progressive, native daughter Ashley Judd. With her comes the ability to raise mountains of money that will be necessary to counter McConnell’s war chest. She also would give a very clear differential from McConnell, something many of the Blue Dog Democrats in this state are not able to do. 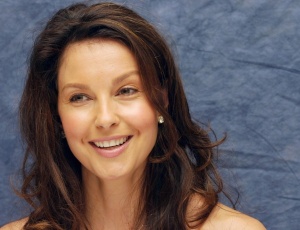 And sixteen months before the primaries…out of state PACs, led by Karl “Meltdown” Rove’s American Crossroads PAC. He thinks this advertisement is a slander to Judd…nope, it helps differentiate her from hardened, obfuscating politicians, she is willing to speak her mind.

But before Mitch can look toward the general election, for the first time in nearly 30 years he faces challenges from his own party…well, from Tea Party activists, a party that is afraid to come out from behind of the GOP coat-tails. And they might have help…some funding from Democrats who want to soften up McConnell in the primaries. It is a risky strategy as it was Tea Party support that put Rand Paul in the Senate two years ago. 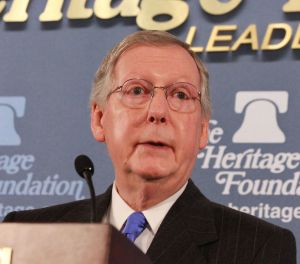 It is going to be a long, yet entertaining sixteen months.

But it is not over…the Ditch Mitch campaign is just half the story.  From the other side…way far on the fringe [no…further] we have Rand Paul, himself a creature who rode into politics on his father’s coat-tails. But he did win with Tea Party support and awkwardly has become one of the voices of the fringe right, of Tea Party obstructionism. His impassioned speeches in the Senate, lamenting the lack of choice in light bulbs or real man flushing toilets are legend. I guess he had not heard of the American Standard Champion 4 – able to flush a bucket of golf balls.

And now, it seems he wants to be President…bearer of the Tea Party banner for small government, well except his previous Medicare and Medicaid billings and his in-laws’ use of federal subsidies on their farm. 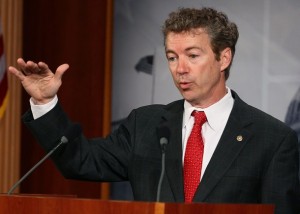 “Without heels I am this tall”

Today, at a Heritage Foundation speech, planned to de-stigmatize his many views he took that ever important first step in Republican politics…he compared himself to Ronald Reagan. Yes, that Ronald Reagan who raised taxes after lowering them, who ran up trillions of dollars in deficits, who built a 600 ship Navy…who was the antithesis  of small government. So the journey begins, the pre-pre-pre-exploratory committee announcement with Bill O’Reilly.

So buckle up, Buttercup…the next four years are going to be All Kentucky, All the Time.

McAllister is a life long liberal, environmentalist, Eagle Scout, and even gun owner – born in Harlan, Kentucky and has lived in Southern California, New York City and now resided in Lexington, Kentucky as a Systems Analyst

This entry was posted on Wednesday, February 6th, 2013 at 9:51 pm and tagged with Ashley Judd, Ditch Mitch, Kentucky, Kentucky Senate race, Mitch McConnell, Rand Paul and posted in Politics. You can follow any responses to this entry through the RSS 2.0 feed.
« Seven States Move to Codify Responsibility for Gun Owners
The Hunt for Ex-LAPD Cop…Release the Drones »